St Agnes has played a proud role in the history of Surf-Lifesaving and Surfing in the UK. 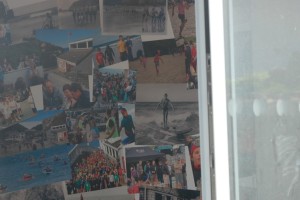 Our club was founded in 1954 and is the second oldest Surf Lifesaving club in the UK after Bude.

In 1955 the national governing body of Surf Lifesaving (SLSA of GB) was founded in the village.

In 1959 Cyril Hicks redesigned the principle lifesaving equipment of the day to create the Hicks Reel.

The club (like the village) has always emphasised the “Surf” in “Surf Life Saving” and in  the 90s, St. Agnes  was the birthplace of Surfers Against Sewage who subsequently had a major impact on the cleanliness of the water we all enjoy today. The parish remains home to three of the most iconic surfboard manufacturers in the UK; Beach Beat, Tris Surfboards and Best Ever.

Fortunately David Pugsley wrote an excellent history of the club from 1954 – 1994, so this gives us a starting point. I’d love to get a bit more of the history documented, I’m sure there are some more good stories out there!

These chapters are taken from David Pugsley’s “History of St Agnes Surf Lifesaving Club 1954 – 1994”. A copy of this is available in print at St Agnes library.

Chapter 2 – To The Cove & Wining at Bude

Chapter 6 – The 70s; Fibreglass Skis, Walking the Reel and Round the Rocks

Stories from the cove:

We’d really appreciate feedback or stories from anyone involved with the club both from this period and after so we can develop this area of the site that better represents the contribution of the St Agnes club to the village and beyond.

Surf Club Days – Growing up in the club through the 60’s by Mike Ricks.

Some other history (unverified) from round the web: