The 70s: Fibreglass Skis, Walking the Reel and Round the Rocks

Our 1973 Surf Carnival on the beach was notable, mainly for the rough seas and the destruction of our new fibreglass ski. In tackling a heavy wave, it broke in half, depositing the un-named rider into the boiling white water. We were in good company as two other skis were wrecked in the same event! 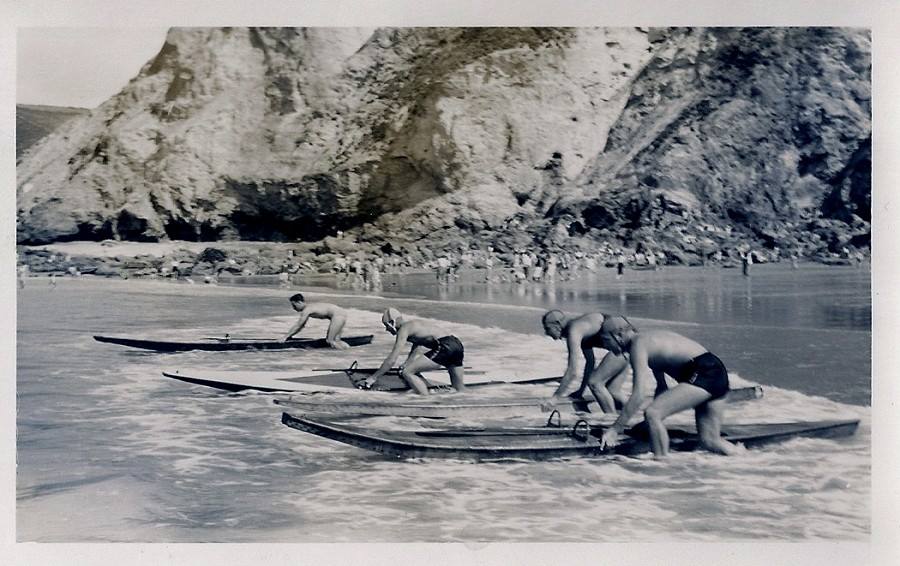 Setting out from Trevaunance Cove, note the transition from wood to fibreglass skis.

On September 9th of the same year we were visited by Jack Dearlove (Chief Examiner of Australia) for our own examinations and were very pleased to be awarded four instructors, eight bronzes and three qualifiers, a 100% pass!

The following year, it was decided to have a sponsored walk, the idea being to carry a reel from Lands End to St Agnes. On May 4th, the walking party, led by Len Catchpole, arrived at Lands End just before 6:00am. Thirty Six miles and Seven and a half hours later they reached the Railway Inn, St Agnes where landlord Jack Williams supplied much needed liquid refreshment. Rita Catchpole and Audrey Winsor kept the carriers supplied with refreshments throughout the walk. 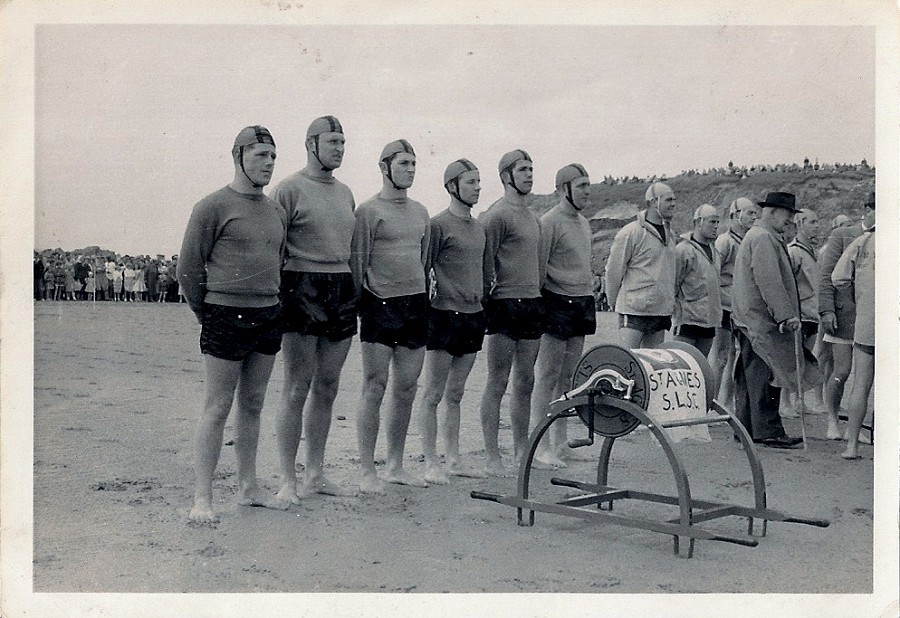 A Reel of similar design to that which was carried from Lands End to St Agnes to raise funds for the club. 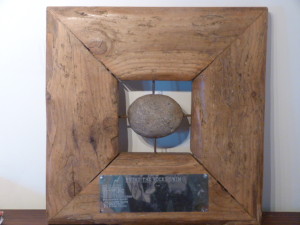 The “Round the Rocks” swimmer’s trophy.

During 1975, we arranged a sponsored swim from Bawden Rocks to St Agnes beach. This was a most successful venture with many of the Quay Fishermen willingly shepherding and watching over us with their boats to ensure that everyone was safe. A surprising number of members completed the swim, although it seems to have taken a great deal longer to collect all the sponsor money!