The incident which was to sow the seed for the formation of the St. Agnes Surf Lifesaving Club happened on the 10th August 1954. In very rough sea conditions, a visitor got into difficulties on the harbour side of the beach at St. Agnes.

Efforts to save him by Jack Plowright were foiled by a short rope on the lifeline, and Jack Plowright himself was in danger although within a short distance of the victim. Joan Pugsley, taking a second rope entered the sea, and was able to reach Jack, and they were pulled ashore after a battering on the rocks.

A great deal of discussion followed this incident, and it was agreed that the standard lifebelt with twenty five metres of heavy hemp rope attached was totally inadequate.

The loan of a reel, equiped with the modern nylon rope and a safety strap, from Australia House and a nucleus of dedicated people, headed by Cyril Hicks, set about the task of building up a new club under the name of St. Agnes Surf Lifesaving Club.

After a winter of training, a link had been forged with the Bude Club, who had guided us in many ways. Another club had been formed at Brighton and during the Spring of 1955, a meeting at the coastguard station in St. Agnes was held with the view of forming The Surf Lifesaving Association of Great Britain. 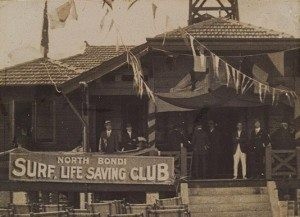 In may 1955 a small deputation went to Australia House in London to be presented with a reel as a gift from North Bondi Surf Life-saving Club. The presentation was made by high commisioner, Sir Robert White on behalf of North Bondi.

At a further ceremony on St Agnes beach, Father Barnicoat dedicated the reel to the memory of Douglas Ohlson, a greatly missed founder member of the club, and also blessed the surf-ski. 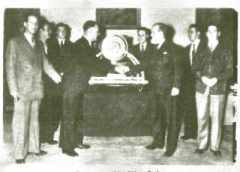 Presentation of the Ohlson Reel. Australia House. May 1955

Cyril Hicks, Paul James and David Boundry then doubled the clubs equipment by constructing our own reel and surf ski, and patrols began on St Agnes Beach. 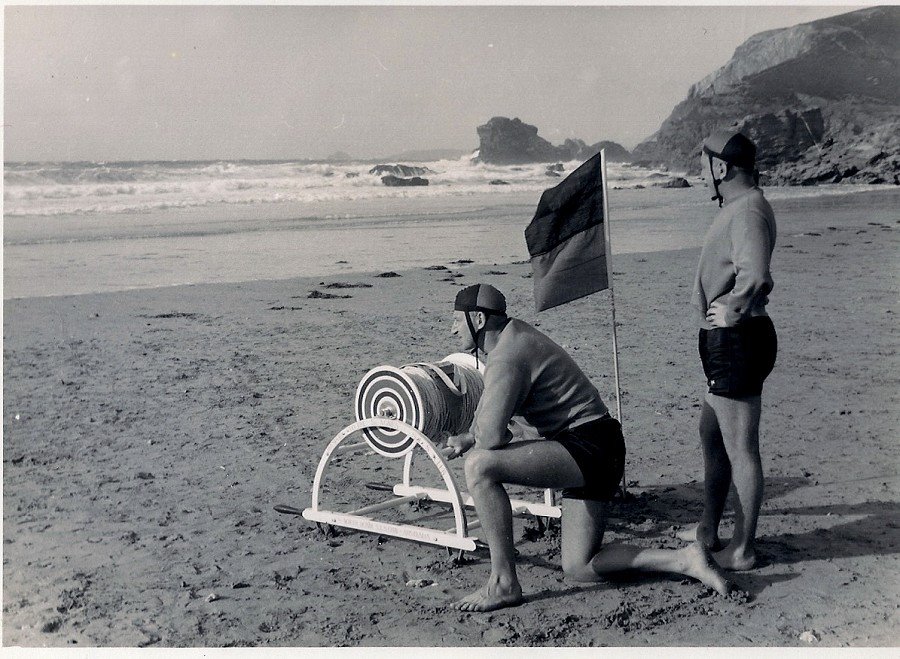 In August 1955, the founder members of our newly formed club were featured in Illustrated magazine, our first “Australian-Style life-savers” (thanks to Mark Boeck for sharing)!

Mike Ricks said: “That’s my sister Pat, the patient. That’s Bernie Nancholas next to her in the line up.”

Next: To the Cove & Winning at Bude